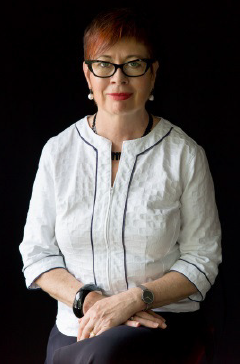 NTLAC Chair, Deputy Chief Judge Elizabeth Morris, said that Suzan
received the Award for outstanding contributions to not just the
Northern Territory, but to the Australian community following many
years of dedication to ensuring access to justice is afforded to vulnerable
people in need of legal assistance.

Judge Morris said that Suzan was one of the first female QCs to be appointed in the NT. She
has also made significant contributions to the legal profession, including as a past president
and life member of the Criminal Lawyers Association of the NT and current Council member
of the Australian Institute of Judicial Administration.

Prior to her appointment as the Director of the NT Legal Aid Commission in 2002, she
worked as Deputy Director and Senior Criminal and Family Solicitor at the Commission since
1991. Her work has included the Office of the Public Solicitor, Port Moresby and Aboriginal
Legal Aid in Darwin and Alice Springs.

Ms Cox has been a Chair and member of the National Legal Aid organisation, and the
Australian Legal Assistance Forum. She has spoken at and been recognised by legal
organisations around the world as a leader in the field of the provision of legal aid services.
Ms Cox QC has been a mentor and role model for many now senior legal practitioners
across Australia. Her contribution to the law and justice system, including advocacy for a
fair trial for all and being a voice for those who would otherwise not be heard has made an
enormous difference.